Next meeting is to be held on Thursday, 27th May. This is a Board Meeting & Directors are asked to get reports to Secretary Heather asap so that they may be included in the agenda. 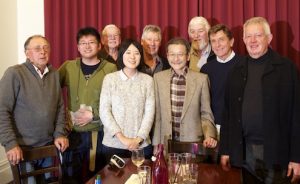 In June 2016, fifty years after spending his year as RC Rochester’s first Exchange student, Akira Tajima returned to the town to introduce son Kenji & daughter Tomoko to his classmates of 65-66. Over the years Akira has made several visits to Rochester & has been visited in Tokyo by school friends & Host family members.

The Echuca Moama Theatre Company (EMTC) will be preforming Monty Python’s Spamalot from Friday 26th May to Saturday 3rd June.